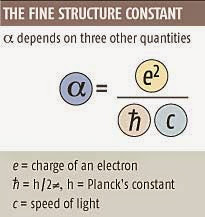 Central to the problem of teaching science in America’s classrooms is the issue of creationists that are active in denying the validity of the sciences. Children are exposed to this dogma for years before they ever enter a science classroom.

The more commonly self-professed creationists believe that the universe was created about 6000 years ago based on the various “table of generations” (Hebrew toledot) scattered in the Bible. And this places them squarely against the sciences of geology, and astronomy which conclude that the universe is 13.73 billion years old (to within 1% accuracy), and the Earth was formed much later, 4.55 billion years ago (to within 1%) (1, 2). The most recent cosmic age is 13.82 billion years discovered by the Planck CMB Mission just concluded in 2013.

Young Earth Creationists have attacked these results in several ways. They have argued that radioactive decay was much faster in the past invalidating radiometric dating methods such as the Uranium/Lead, or Potassium/Argon series (3). And they have argued that the speed of light was much faster in the past, making the distances from the Earth to far away stars misleading (4). There are many individual problems with these arguments. For example, if radioactive decay were sufficiently rapid for 4.5 billion years to appear like 6,000 years, enough energy would have been released that the Earth would still be a glowing cloud of gas. However, both of these arguments can be addressed within the single question, Is the Speed of Light Constant?

There is in fact a single answer, “Yes.”

The Fine Structure Constant Alpha is the strength of the electromagnetic force. It is expressed as Alpha = e^2/(h/2Pi)c, where e is the electron charge, Planck's constant h, divided by 2Pi, and c is the speed of light. So a direct measurement of the fine structure constant over time entails measuring the constancy of the speed of light. Creationist publications were the loudest promoting some preliminary results from a team led by John Webb, University of New South Wales, which reported in 1999 that the "fine-structure constant," appeared to have changed by about six parts in a million over the last 12 billion years (5). YE creationists saw this as confirmation their “YEC physics” of inconstant constants might be supported by real data.

The notion of inconstant constants was not only a theoretical challenge, there are critical technologies in electronics, and new “nano design” that are threatened. Teams of researchers sought to find the exact parameters of the fine structure constant. After years of effort they found that (to their relief) constants are constant. Alpha variation is limited by earth bound measurement to less than –1.9 +/- 2.3 X 10^16 per year (6). Astronomical measurements of quasar B0218+357 yield a variation in Alpha less than 1.8 x 10^–6 (95% confidence level) at approximately half the universe's current age, or ~6.2 billion years (7).

Compare two numbers, 0.00000018, the largest possible variation in the speed of light for the last 6.2 billion years, and 2,288,333 the factor that the speed of light must have gone faster for “Young Earth physics” to invalidate an ancient universe. They are over a million millions apart, which is the gap between science and creationism.