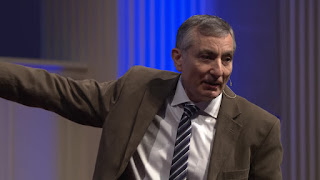 
James Tour: The Mystery of the Origin of Life

James Tour is a professional chemist. His principle work area was synthetic organic chemistry directly focused on building nano machines. He is published, and a tenured professor at Rice University, Texas.

Years ago he experienced a religious conversion and joined the “Jews for Jesus” faction. More recently he also began a second career of giving public lectures denying evolutionary biology, and particularly implying that life cannot exist without supernatural intervention by the Biblical God.

A recent example hosted by the Discovery Institute is a classic of its kind. It is both revealing that the Intelligent Design movement is just plain vanilla creationism, and that James Tour lies his ass off for money, adulation, and I suppose his hopes for salvation. The talk was presented at the 2019 Dallas Science and Faith Conference at Park Cities Baptist Church in Dallas and was sponsored by Discovery Institute’s Center for Science and Culture.

There are too many falsehoods, and misrepresentations to review in detail. However, at about 43 minutes into the video, James Tour starts a rant accusing Harvard University professor, and Nobel Laureate Jack Szostak of lying. The Szostak article that Tour falsely claimed was "part of the primary literature" was a 2 1/2 page sketch published 9 May, 2018 titled How did Life Begin? It was not in the main section of Nature magazine, nor was it part of the "primary scientific literature." The Nature website makes this adamantly clear at the end of this short little intro to prebiotic sugar and the origin of life, quote, "This article is part of Innovations In The Biggest Questions In Science, an editorially independent supplement produced with the financial support of third parties." 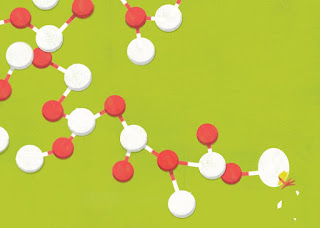 This popularized, simplified item is just an outline, a sketch from the actual “primary literature.” The lead cartoon of an imaginary molecule hatching a bird sets the tone.

So who is lying?﻿

James Tour shows a slide at 45:20 that was a clip from Szostak's little paper. The molecule structures are presented in a very simple manner. The core atoms are represented as colored dots, Carbon, Nitrogen, Oxygen, and Phosphorus. Hydrogen atoms are not shown, and all chemical bonds between atoms are represented by simple lines. The actual professional publication of this chemical reaction pathway is “Prebiotic synthesis of simple sugars by photoredox systems chemistry”

Highlighting the upper left molecules, Tour shouts, "Those are not sugars!" blah blah "That is fictitious! I don't know of any sugars that have that chemical composition. You don't know that! He is lying to you! That's not real!" 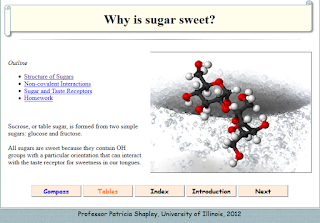 Moving on we see another undergraduate level chemistry error that Tour made. At 45:58 of his little rant about Szostak, he insisted that there was no cyanide in the illustration above. There isn't any. The graphic clearly states "Cyanide derivatives."

In fact, the structural formulas are of cyanide derivatives. The one on the left is CN2, or cyanonitrene. 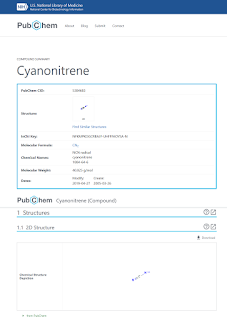 On the right is Cyanoethynyl 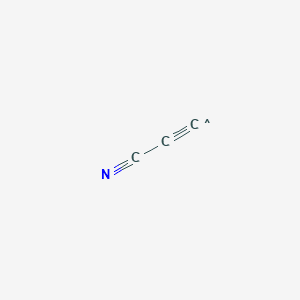 At 46:10 Tour starts to yap that the right most stick drawing is "not a nucleotide." From 46:10 to 46:20 Tour shouts “it is not the right structure, he could have at least used the right structure … “ In fact it is cytosine bound to ribose and the phosphate to the ribose. This is RNA's nucleoside cytidine. It is directly and spontaneously formed in nature from the starting chemistry.  It is the “right structure.”

And again showing the addition of the phosphate; 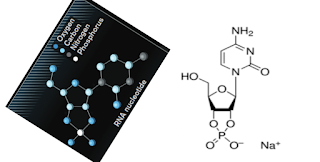 Above are two excellent graphic presentations that expose the failure of James Tour's grasp of basic biochemistry. They were prepared, and shared to me by the blogger "Evograd"

Who is lying?
There are multiple reaction pathways that would have been supported in the ancient Earth environment. I find that James Tour is badly mistaken.

In fact he is a liar. 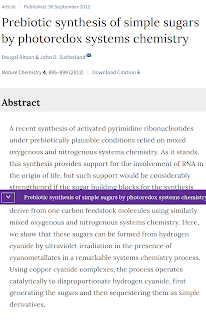 There is in fact a large literature on the prebiotic origin of sugars essential for the origin of life that demonstrates many different reaction pathways. Here is a small sample; 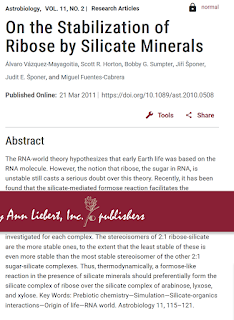 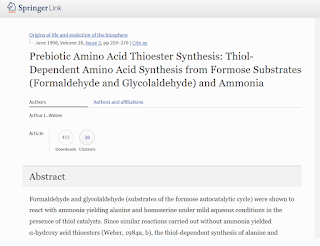 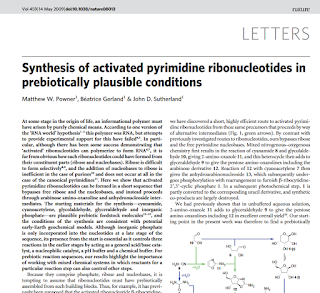 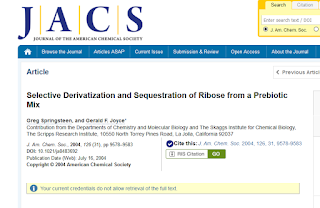 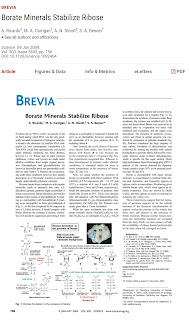 
It is very important to recognize that this chemistry even happens in outer space as demonstrated by this finding; 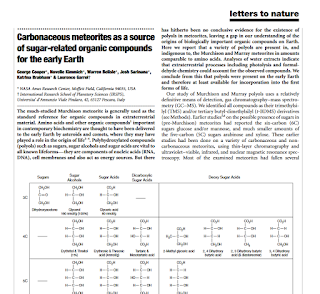 
From 43:04 to 46:51, James Tour told 9 individual lies (not counting repeats, or what could be charitably attributed to his gross ignorance). 15 lies in under 4 minutes counting repeated lies. That is Trumpian. And, his lies are exposed by undergraduate level chemistry. They are not even sophisticated lies. They are stupid obvious lies.

Edit to add:  In a new development 3 May 2019, James Tour claimed he personally has apologized to Jack Szostak.

Dear Peter, thank you for writing to me. That was a strong word (“lying”) which I regret saying. I have already apologized to Jack Szostak by phone, and he very graciously accepted the apology. If given a chance, I would likewise apologize to any of those cited in that talk to whom I said such a thing. My behavior was inappropriate.

Like many things that I do and say in life, there are elements upon which I have regrets and wish that I had done differently. My life is filled with those occasions. In fact, I can literally claim almost daily I do something or say something which I wish I had not. Those closest to me get the brunt of it, but thankfully they have also been gracious in forgiving me. And for that I am thankful.

“O wretched man that I am! Who shall deliver me from the body of this death? I thank God through Jesus Christ our Lord.” Romans 7:24-25a.

I do not read or write on blogs-- or almost never. So if you wish, you may post this on Peaceful Science, though my words were far from peaceful, to my shame.


(He did not post this to his YouTube rant slandering Prof. Jack Szostak and others. So, this slander is still ongoing).

Of course there are new questions that are suggested. I learned that at least one person emailed to Szostak about the Disco'tute YouTube. They also included a link to this blog post. Prof. Szostak replied that he would leave a personal message for Prof. Tour.


He said he might send Tour a personal message, but that publicly responding would be pointless because these people don't respond to facts.

The intermediary (They asked to be left anonymous. Why???) sent a similar email to James Tour suggesting he take down the Disco'tute YouTube to avoid "embarrassment," and also included the link. Tour's reaction was far different. He sent emails to the university where the intermediary teaches. His emails were to the Dean of the School of Medicine, and the Uni HRS. Tour accused that I was a stooge of the 'intermediary' and hinted we were merely trying to extort Tour, and the Disco'tute.


Well, things have certainly escalated.  I had also contacted Tour about this issue, and mentioned that your video might be coming out so he should consider getting ahead of the curve and taking down the video to reduce the damage that might be done to his professional reputation.  He has interpreted this as a threat and seems to think I am now the head of some vast conspiracy to extort him.  He has gone so far as to forward my emails to the dean of my department as well as other adminstrators.

What a drama queen.

So, the new questions added to all the others above;

Did Tour really apologize? After all, he lies his ass off for applause lines.
Will Tour post the "new facts" to the YouTube?
Will Tour insist that the creationists take down the Disco'tute video slandering Szostak, and others?

James Tour did a freak-out over the word "nudged."

In James Tour's lying rant he spewed, "Nudged has no?... You cannot put "nudged" in any of our articles. No scientist knows what "nudged" means. They don't know."

The events are proceeding (July 2019). James Tour and Disco'tute John West have attempted to forgive themselves for lying. I have written a reply to John West, and James Tour;