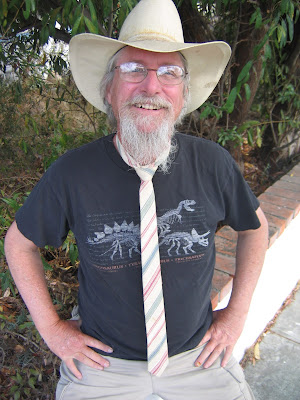 The Intelligent Design creationists promoted a high school level "science" book titled, "Of Pandas and People" published in 1989. Creationist members of the Dover Pa school board provided 60 copies of "Pandas" to the high school and ordered the science teachers to read a statement to the students,

The Pennsylvania Academic Standards require students to learn about Darwin's theory of evolution and eventually to take a standardized test of which evolution is a part.

Because Darwin's Theory is a theory, it is still being tested as new evidence is discovered. The Theory is not a fact. Gaps in the Theory exist for which there is no evidence. A theory is defined as a well-tested explanation that unifies a broad range of observations.

Intelligent design is an explanation of the origin of life that differs from Darwin's view. The reference book Of Pandas and People, is available for students to see if they would like to explore this view in an effort to gain an understanding of what intelligent design actually involves.

As is true with any theory, students are encouraged to keep an open mind. The school leaves the discussion of the origins of life to individual students and their families. As a standards-driven district, class instruction focuses upon preparing students to achieve proficiency on standards-based assessments.

A group of parents filed a federal law suit against the Dover school board. For an introduction and review of the case, and its outcome (we won!) see the many articles from the National Center for Science Education, particularly those by Nick Matzke.

The Wikipedia article is also quite good. And PBS even made a docu-drama, "Intelligent Design on Trial."

The legal title of the trial was "Kitzmiller et al v. Dover School Board. The trial judge John Jones III released his findings on Dec. 20, 2005 which became known among activists as "Kitzmass." We have had 15 years of Kitzmass.

I'd like to share my personally favorite parts of the trial and judgment. They are my favorite because I am mentioned. 😁

One of the star experts for the ID creationist was biochemist Prof. Mike Behe. His cross examination by plaintiff's attorney Eric Rothschild was brilliant because he mentioned ME!

Q. And Professor Behe, this is a chapter from a book called Why Intelligent Design Failed: A Scientific Critique of the New Creationism. Do you see that?

Q. We're going to look at chapter 8 of that book, if you could pull up the chapter heading there? And it's titled The Explanatory Filter, Archaeology and Forensics, and it's written by somebody named Gary S. Hurd. Are you familiar with Dr. Hurd?

When Nick Matzke sent me this transcript he said I'd really enjoy it. And I did, and it got better.

After some back and forth Rothschild sets up Behe for the following,

Q. If you ruled out humans, you're saying this little dug out bowl is, you would then attribute it to the --

A. No, I'm saying if an archaeologist ruled out the most likely designers around the object that he was examining or she was examining, and if it was sufficiently complex that he was confident that it was designed, then he would look to other designer, perhaps some other civilization, some nomadic people coming through or some such thing. If it was complex enough what he would not do is conclude that since the subjects, the human subjects in the area could not do that, that it was not designed.

Q. But in any event this is another difference, we can test whether humans could make these archaeological objects, but even with modern technology most biological systems we cannot recreate in a lab, right?

A. Yes. They are beyond our ability to design.

Q. So if the strength of an inference depends on the similarities, this is a pretty weak inference, isn't it, Dr. Behe?

A. No, I disagree completely. Again if something showed strong marks of design, and even if a human designer could not have made it, then we nonetheless would think that something else had made it. Lots of science fiction movies are based on scenarios like that, and again the, I think the similarities between what we find in designed objects in our everyday world and the complex molecular machinery of the cell have actually a lot more in common than do explosions we see on earth such as cannon balls and so forth and the explosion of an entire universe, and that induction seems to have been fairly successful in trying to explain some features of the world. So I think it's not at all uncalled for to make a similar induction in this case.

And then Rothschild drops the boom:

Q. Science fiction movies are not science, are they, Professor Behe?

A. That's correct, they are not. But they certainly try to base themselves on what their audience would consider plausible within the genre, so they can offer useful illustrations at some points, for some points.

MR. ROTHSCHILD: I have no further questions, Your Honor.

Why it was better than we thought at the time.

That testimony was carried in to Judge Jones' opinion that ID Creationism was religion, and not science;


Indeed, the assertion that design of biological systems can be inferred from the "purposeful arrangement of parts" is based upon an analogy to human design. Because we are able to recognize design of artifacts and objects, according to Professor Behe, that same reasoning can be employed to determine biological design. (18:116-17, 23:50 (Behe)). Professor Behe testified that the strength of the analogy depends upon the degree of similarity entailed in the two propositions; however, if this is the test, ID completely fails.

Unlike biological systems, human artifacts do not live and reproduce over time. They are non-replicable, they do not undergo genetic recombination, and they are not driven by natural selection. (1:131-33 (Miller); 23:57-59 (Behe)). For human artifacts, we know the designer's identity, human, and the mechanism of design, as we have experience based upon empirical evidence that humans can make such things, as well as many other attributes including the designer's abilities, needs, and desires. (D-251 at 176; 1:131-33 (Miller); 23:63 (Behe); 5:55- 58 (Pennock)). With ID, proponents assert that they refuse to propose hypotheses on the designer's identity, do not propose a mechanism, and the designer, he/she/it/they, has never been seen. In that vein, defense expert Professor Minnich agreed that in the case of human artifacts and objects, we know the identity and capacities of the human designer, but we do not know any of those attributes for the designer of biological life. (38:44-47 (Minnich)). In addition, Professor Behe agreed that for the design of human artifacts, we know the designer and its attributes and we have a baseline for human design that does not exist for design of biological systems. (23:61-73 (Behe)). Professor Behe's only response to these seemingly insurmountable points of disanalogy was that the inference still works in science fiction movies. (23:73 (Behe)).

It is readily apparent to the Court that the only attribute of design that biological systems appear to share with human artifacts is their complex appearance, i.e. if it looks complex or designed, it must have been designed. (23:73 (Behe)). This inference to design based upon the appearance of a "purposeful arrangement of parts" is a completely subjective proposition, determined in the eye of each beholder and his/her viewpoint concerning the complexity of a system. Although both Professors Behe and Minnich assert that there is a quantitative aspect to the inference, on cross-examination they admitted that there is no quantitative criteria for determining the degree of complexity or number of parts that bespeak design, rather than a natural process. (23:50 (Behe); 38:59 (Minnich)). As Plaintiffs aptly submit to the Court, throughout the entire trial only one piece of evidence generated by Defendants addressed the strength of the ID inference: the argument is less plausible to those for whom God's existence is in question, and is much less plausible for those who deny God's existence. (P-718 at 705).

Accordingly, the purported positive argument for ID does not satisfy the ground rules of science which require testable hypotheses based upon natural explanations. (3:101-03 (Miller)). ID is reliant upon forces acting outside of the natural world, forces that we cannot see, replicate, control or test, which have produced changes in this world. While we take no position on whether such forces exist, they are simply not testable by scientific means and therefore cannot qualify as part of the scientific process or as a scientific theory. (3:101-02 (Miller)).