After you eat them, all that is left is a picture

I had a good day aboard the Fury out of Dana Warf. 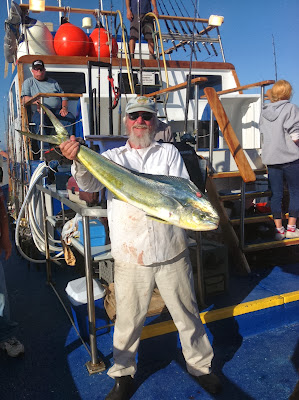 "Christofascists, and Satan," or "Why don't Fundies Read the Bible?"

The gang of sadistic bastards at Trinity Western 'university' had several additional stupidities in their "Statement of Faith" (Link to a PDF) that I thought were worth mentioning on their own without overlap with their ironically delightful Expulsion of chronic liar Kevie Miller. The first is very simple to expose as stupid:

2. God’s gospel is authoritatively revealed in the Scriptures.
We believe that God has spoken in the Scriptures, both Old and New Testaments, through the words of human authors. As the verbally inspired Word of God, the Bible is without error in the original writings, (etc.)

I'll agree to stipulate this as soon as you show me these "original writings." And while you are looking for some of those, explain why Christian apologists insist that the gross variations, and contradictions within the Bible are due to variations in the oral tradition preceding any written text. The obvious theological significance of this is that the Bible is a mere transcription of what somebody might have remembered about some event, filtered through the lens of their cultural and political expedience. That was before anyone even started editing, adding, and redacting.

3. God’s gospel alone addresses our deepest need.
We believe that God created Adam and Eve in His image, but they sinned when tempted by Satan.

This of course refers to;

1 Now the serpent was more subtil than any beast of the field which the LORD God had made. And he said unto the woman, Yea, hath God said, Ye shall not eat of every tree of the garden?

2 And the woman said unto the serpent, We may eat of the fruit of the trees of the garden:

4 And the serpent said unto the woman, Ye shall not surely die:

14 And the LORD God said unto the serpent, Because thou hast done this, thou art cursed above all cattle, and above every beast of the field; upon thy belly shalt thou go, and dust shalt thou eat all the days of thy life:

Not once in this "verbally inspired Word of God" (according to Statement #2), is the serpent called anything other than the serpent. Nor is there any indication that this serpent is "Satan." Nor is that any indication anywhere in the Bible that "Satan" crawled on his belly. Since snakes cannot stand, Psalm 109: 6. "Set thou a wicked man over him: and let Satan stand at his right hand," should indicate that the "serpent" in Geneiss is not Satan at all. In fact, many times the Bible presents Satan as a loyal, if sarcastic, servant of the Hebrew God, El. Even the New Testament Satan was not a reptile, and clearly exercised considerable abilities of movement and speech (e.g. Matthew 4, and Luke 4).

But the best evidence that this "Statement of Faith" is anti-scriptural is the prologue from the Book of Job 1: 6 - 12. El the paramount god of the Hebrew pantheon holds court in the Council of Gods, Hebrew "bene elohim." The paramount god holding court is El, also called "el elohim" or "El, God of the gods." Elsewhere we find this god is called “el elohim Yahweh” or “Yahweh, the God of the gods,” used to assimilate the Northern Israel tradition of El as the paramount god with the Southern Yahweh tradition of Juda. Also give attention to the fact that “the Satan,” in biblical Hebrew "il’shatan," literally translated is "God El’s Satan." Satan is appearing at the command, and under the direction of the God El.

The late Babylonian Empire employed secret agents empowered to act as both judge and executioner. They were ‘agents provocateur’ with the nickname of the “Emperor’s wanderers,” or, "Emperor's roaming eyes." (Akkadean verb “shu-ut” = to wander). The Akkadean "roamer" or "wanderer" is "shatar." Later consonant shifts, and a reinterpretation yielded a secondary meaning “shatan”= to accuse. This leads directly to biblical Hebrew "il’shatan," God’s Satan (God's Wanderer) having the role of the “the Adversary” which is another of the biblical Satan's nicknames. It also provides a rather amusing world play in Job 1:7 since the Satan says he was “wandering about” and the name Satan is derived from the Akkadean verb “shu-ut” = to wander. So an actually literal translation would be "El asked, Where "My Wanderer" have you been? I have been wandering, my Lord God, wandering (and/or accusing) on the Earth, said God's Wanderer."

And be sure to keep a copy of Brown, Driver, and Briggs to hand.

Kevin Miller was the real script writer for the execrable creationist propaganda film "Expelled" (the now dead link went to "Expelled Exposed." The NSCE killed the site rather than defend against the threats from the Expelled frauds). He has had his sorry lying (see "Expelled Exposed") ass fired from a Christian "university" called Trinity Western University. They have a "Statement of Faith" (Link to a PDF) that all faculty must sign.


Here is the "money quote,"


10 God's gospel requires a response that has eternal consequences.

We believe that God commands everyone everywhere to believe the gospel by turning to Him in repentance and receiving the Lord Jesus Christ. We believe that God will raise the dead bodily and judge the world, assigning the unbeliever to condemnation and eternal conscious punishment and the believer to eternal blessedness and joy with the Lord in the new heaven and the new earth, to the praise of His glorious grace. Amen.

All of us that try to explain to creationists the reality of the universe have at one point or another been promised "eternal damnation in the fiery lakes of Hell!!!111!ELEVENSONE!!!! DIE YOU ANTI-CHRIST!!!!!1111 Bwahaahahhaahawahaahhah etc..." This is apparently what happens if you do evil godless things like invent new medical treatments, or improve crops, or anything that isn't the Trinity Western list such as telling the truth about science. The added ugly hate filled touch popular- in fact demanded- by this Christian university is, "eternal conscious punishment." The Trinity Western University Christians are aware that humans hideously tortured will lose consciousness. These Christians won't want anyone to miss a even moment of the eternal agony they envision in their self righteous wet-dreams.

This is of considerable historical interest, as I have discussed elsewhere. Charles Darwin's autobiography was not intended for publication. But following his death, his son Frank apparently was considering it. In one section regarding C. R. Darwin's religious beliefs, Darwin wrote, "I can indeed hardly see how anyone ought to wish Christianity to be true; for if so the plain language of the text seems to show that the men who do not believe, and this would include my Father, Brother and almost all my best friends, will be everlastingly punished.

And this is a damnable doctrine.


Six months after her husband's death Mrs. Darwin annotated the passage above in her own handwriting. She wrote, "I should dislike the passage in brackets to be published (from "and have never since doubted" to "damnable doctrine" GH). It seems to me raw. Nothing can be said too severe upon the doctrine of everlasting punishment for disbelief, but very few now wd. call that 'Christianity,' "

In 1882, Mrs. Emma Darwin held, that "very few now wd. call that 'Christianity'." Too bad we still have sick sadists like the faculty, and ministration, and students of Trinity Western.

The "Statement" must be signed, but a minor option exists: you could check, "I agree with the above Statement of Faith and agree to support that position at all times before the students and friends of Trinity Western University. However, I wish to clarify my understanding of an article(s) on a separate, attached sheet."

When Kevin "shit stain" Miller tried to slightly distance himself from the evil sadistic bastards he associates with, They fired him.


So sorry Kevie, I must admit that I find this very amusing.
Posted by Gary S. Hurd at 6:35 PM 1 comment: