how poorly David Klinghoffer can read 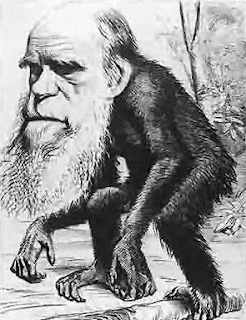 Following the link from Evolution News to a partial transcript of the speech was very helpful illustrating how poorly David Klinghoffer can read.

https://evolutionnews.org/2021/07/scientific-racism-and-the-confederate-flag-2/
According to Klinghoffer, the Confederacy was founded on scientific evolutionary terms. He cited a speech given by Alexander H. Stephens, the Vice President of the rebelling states.
Alexander H. Stephens did not refer to any scientific discoveries related to racial superiority of Whites, or inferiority of Blacks. He does claim that God had ordered White superiority.
He repeatedly makes religious assertions. For example, "The truth announced, that it was as impossible to war successfully against a principle in politics as it was in physics and mechanics, I admitted; but told him that it was he, and those acting with him, who were warring against a principle. They were attempting to make things equal which the Creator had made unequal."
And then, "It (the Confederacy) is the first government ever instituted upon the principles in strict conformity to nature, and the ordination of Providence, in furnishing the materials of human society. Many governments have been founded upon the principle of the subordination and serfdom of certain classes of the same race; such were and are in violation of the laws of nature. Our system commits no such violation of nature's laws. With us, all of the white race, however high or low, rich or poor, are equal in the eye of the law. Not so with the negro. Subordination is his place. He, by nature, or by the curse against Canaan, is fitted for that condition which he occupies in our system."
And more, "The substratum of our society is made of the material fitted by nature for it, and by experience we know that it is best, not only for the superior, but for the inferior race, that it should be so. It is, indeed, in conformity with the ordinance of the Creator. It is not for us to inquire into the wisdom of His ordinances, or to question them. For His own purposes, He has made one race to differ from another, as He has made "one star to differ from another star in glory."
The great objects of humanity are best attained when there is conformity to His laws and decrees, in the formation of governments as well as in all things else. Our confederacy is founded upon principles in strict conformity with these laws."
Posted by Gary S. Hurd at 2:12 PM No comments: