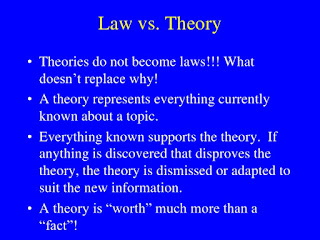 There is a common error made by creationists discussing evolution regarding the ideas of "fact," "scientific theory," "hypothesis," and "scientific law." It is common enough to warrant a separate comment.


Quoting from the National Academy of Science (USA):

In science, a "fact" typically refers to an observation, measurement, or other form of evidence that can be expected to occur the same way under similar circumstances. However, scientists also use the term "fact" to refer to a scientific explanation that has been tested and confirmed so many times that there is no longer a compelling reason to keep testing it or looking for additional examples. In that respect, the past and continuing occurrence of evolution is a scientific fact. Because the evidence supporting it is so strong, scientists no longer question whether biological evolution has occurred and is continuing to occur. Instead, they investigate the mechanisms of evolution, how rapidly evolution can take place, and related questions. 2008 "Science, Evolution, and Creationism"


Now lets consider the idea of a hypothesis. In science, it is a statement that there exists an unobserved phenomena, or event which is a critical prediction of a scientific theory. This was proposed as a way to test the validity of a scientific theory called "the experimental method." We trace this back to Francis Bacon in the 1600s. By the 20th century, the notion that a "good" theory must generate experimental tests became a central topic of philosophers like Carl Hempel, and Karl Popper. Even before actually testing a hypothesis Hempel and Popper in a rare point of agreement between them, thought that a "good" theory had to generate hypotheses.

Next there is the gross misunderstanding of what a "scientific law" is, and how it is related to a scientific theory. A scientific "law" is a generalization of empirical observations that is typically reduced to a mathematical formula. These "laws" are always bound within the observational frame, or external conditions of the observations. They are not explanations of the observed phenomena. My favorite example is Ohm's Law, I = V/R. It will always work under the conditions that Ohm used to observe electrical current (I), voltage (V), and resistance (R). However, you cannot find in Ohm's Law a theory of the electromagnetic field. You cannot even derive one. Further, Ohm's Law is invalidated at extreme temperatures- the classic example is resistance free superconductors- variable voltages, and extreme voltages. This does not mean that Ohm's Law is not useful, but it is only useful for the external conditions that allow it be applied.

A scientific theory does not "graduate" to being a "law" or a "fact." There is a second common error made by creationists which is repeated in nearly every discussion with creationists, and that is that evolution has not been expressed in the mathematical precision of a "law." It will surprise some people, but this was published in 1908, over a century ago. The exact example is the generalized Hardy-Weinberg Equilibrium equation. For computational reasons, they presented it as, "IF evolution did NOT occur, then ...Equilibrium" which can confuse some students. 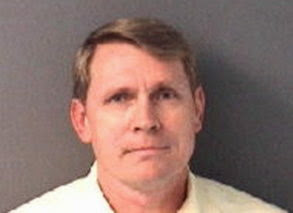 This is a short examination of creationist Kent Hovind's phony "Doctorate," and claims of being a "high school science teacher for 15 years." Between 1976 and 1989, Hovind was the "teacher" of unaccredited church schools he often started himself. Plus, he rarely lasted long even then. I am linking this from "Big Daddy is Dead," in recognition that Hovind is essentially cited as a co-author of "Big Daddy." and nearly all of the pseudoscience found there is referenced to Hovind's video "seminars."

Hovind opens his public presentations, videos, and weirdly, his bogus dissertation with nearly the same words every time, "Hello, my name is Kent Hovind. I am a creation science evangelist. I live in Pensacola, Florida. I have been a high school science teacher since 1976." He added "I have a doctorate in Education," starting in 1991.

"I completed by (sic) Bachelor of Religious Education at Midwestern in 1974" Ordained by Emmanuel Baptist Church in Pontiac, Michigan, May 25, 1974.

Faith Baptist Academy, Bourbonnais, Illinois [1978-1981]
"In 1978 my family and I moved to Bourbonais, Illinois, where I continued to minister for the Lord as a teacher."

Calvary Baptist Christian School, Fairfield, California [1986-1989]
"... we moved the family to Fairfield, California, where I became Assistant Pastor and principal at Calvary Baptist Christian School as well as a science teacher." This school has a current enrollment Pre-kinder to 12th grade of 59 students. The most students they ever had was 149. EVER!

"In 1989, I took a vow of poverty and to commit all my resources to spreading the word of God and truth about God’s hand in creation. That event gave birth to Creation Science Evangelism."

Hovind went on to boast that he was soon on the road giving lectures, sermons, and debates nearly full-time. Hovind verbally amended his biography in several videos recorded in the early 2000s to add 16 years after 1989 as a full time evangelist. In his 1991 "dissertation," Hovind claimed to be making 400 creationism presentations to schools and churches around the nation. He filed a fraudulent bankruptcy petition in 1996 claiming to have been a full time evangelist since 1989. There is also the question of "academic years, versus "calendar years." For example, Hovind's first teaching was at a church school he started in 1976 and left in 1978. That could be counted as 3 calendar years, but only 2 academic years: Sept. 1976 to June 1977, and Sept. 1977 to June 1978. Even giving Hovind the broadest interpretation, and allowing him the sham title of "science teacher," 1976 to 1989 is not 15 years.


Hovind claims a doctorate in "Christian Education." Hovind's dissertation is a bad joke written at a low high school grammar and vocabulary level. This vacuous work was sold to Hovind from "Patriot University," an unaccredited mail order degree shop.

In fact, Patriot U. has had to publish the following disclaimer regarding their "degrees."

ACI accreditation (Accrediting Commission International which is as phony as Patriot U. and has been successfully sued for fraud) is not to be confused with regional accreditation which is governed by the U.S. Department of Education. A school or employer which requires a regionally accredited degree will likely not accept a non-governmentally accredited degree. Patriot Bible University nor ACI are responsible for a student's employability.

1. PBU's accreditation may or may not allow you to receive transfer credits to a secular school. If you are seeking a secular education degree, you would be best served to attend a secular institution. We grant Bible and religious degrees. If you hope to apply your Bible degree towards a secular degree at some time later on, the PBU courses and degrees are not likely to be fully applicable.

If you are going to seek employment with a particular church denomination or wish to transfer to a certain Christian college or university, you might confer with them first. Please consider what YOUR educational goals are.

2. A Patriot Bible University degree is recognized by many churches and ministry organizations. It will demonstrate to employers a higher level of study through the attainment of a degree. We have trained thousands of students during the last 30 years.

This non-recognition may have some implications that include, but are not limited to:

I downloaded Hovind's "dissertation" from wikileaks. To anyone familiar with Hovind's videos, the text will be very familiar. It is in most ways a transcript of Hovind's standard presentations. I am always impressed by how consistently bad it is.


Kent Hovind, Federal Prisoner Register number 06452-017, began serving a ten-year prison sentence in 2007 following his conviction on 12 tax fraud offenses, one count of obstructing federal agents, and 45 counts of illegally structuring cash transactions. He is scheduled for release from prison on August 11, 2015 after serving the minimum allowed portion of his 10 year sentence. If you have a taste for court documents, this court's reply (PDF) to a petition filed by Jo (Mrs. Kent) Hovind gives the business structure of Kent Hovind's fortune.

Recently, Patriot Bible University has sold another doctorate to Kent Hovind. He has claimed to have gotten two masters and three doctorates in education, theology, and divinity (honorary). He now claims to have added a doctorate in "biblical ministry."

His most recent 'dissertation' titled "What on Earth is about to happen for Heaven's Sake," is available on-line as a PDF. I think it is better to Google for a current URL in case there are copy right issues.


Obviously Kent Hovind's account of his "doctorate" and "15 years teaching high school science" are as bogus as his creationism, and tax filings. As the courts found repeatedly, the numbers don't add up.