I had one of my most amusing ever dreams the other day.

I woke up laughing.

It was a Wild West, 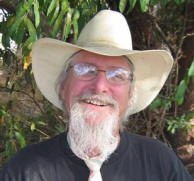 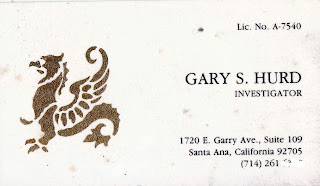 The first part I recalled was that I was buying a revolver for my left hand with a special "quick draw" holster for my gun belt. The R handed was fine, but I wanted a special backup left hand mounted about mid-line on my navel. I got that done and tried a few practice rounds.

The current contract was a mid-level priest of the god Shemp (?Three Stooges?). 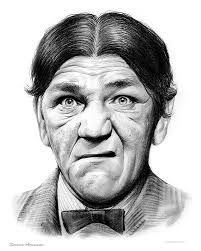 My client was a wealthy trader who's daughter was sexually assaulted by the priest.

I had filed for an Ordeal by Combat which was to be a shoot out at the arena.

The arena was supposed to be the Roman Colosseum, but in the dream it was Anaheim Stadium.

On my way into the stadium I stopped off at a video vending board to make some bets. I bought a $10 blessing from the Ugaritic god Ba'al conqueror of the Babylonian Sea God Yam. I put a $5 dollar curse on the priest in the name of Shemp. And I put all the rest of my credits on me to win since the fight was to the death.

What woke me up laughing was that I was dressed up all in black cowboy clothes like Richard Boone in the old TV series The Paladin: Have Gun Will Travel. 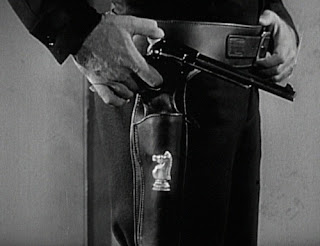