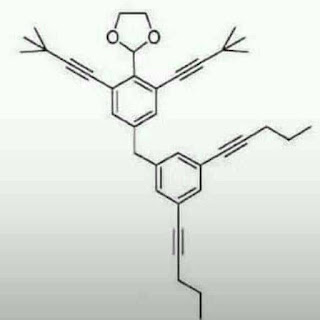 I had planned on writing this weeks ago. However, medical issues have dominated much of my time. (4 trips to the emergency room, illness, surgery, and post-op).

This is the first of a 3 part reply to additional lies told by creationist chemist James Tour, and creationist journalist John West of the Discovery Institute.

Here I review my professional background in chemistry because John West falsely claims I had none.

In Part 2, I address new lies by James Tour and John West that they have added to the discussion.

If I were a general reader, I'd skip to Part 3.

I was asked by assistant professor of psychiatry Dr. Faizal Ali back in April 2019 to give a close look at a short 3:45 minute piece of “James Tour: The Mystery of the Origin of Life.” This was a lecture by James Tour to about 1,000 Baptist preachers sponsored by the intelligent design creationist Discovery Institute. The James Tour video was hyped prior to posting by the Disco’tute senior fellow, David Berlinski.  Berlinski did correctly summarize all Tour had to say in just a few lines;

I got to hand it to Berlinski- he nailed the content. Tour really had nothing more to say than that, but Tour took an hour to say it.

The video of the lecture was posted by the Disco’Tute and is the most open admission in years that they are just garden variety creationists. We knew this of course from their founding member’s public admissions, leaked internal documents (The Wedge Strategy ), and the famous legal decision in 2005, Kitzmiller et al v. Dover Area School District.   It is still significant to recall the Dover School Board’s justification for teaching ID creationist nonsense specifically included, “Intelligent Design is an explanation of the origin of life that differs from Darwin’s view. “ I have written over 11 years ago on “Darwin’s view” in “A Short Outline of the Origin of Life.”  Darwin thought "It is mere rubbish thinking at present of the origin of life; one might as well think of the origin of matter. (1863)"

The topic is being researched today, as even the origin of matter is.The questions are still open. But creationists from Kent Hovind, to James Tour use this as an attack against evolutionary science, and as a promotion of their religions.

Following my blog post exposing James Tour’s many lies, (see here), I had a fun interview with Bill Ludlow for his YouTube channel seen HERE.


James Tour made 19 lies (counting repeats) in just the 3 minutes and 45 seconds of his talk I was asked to review. Just watch the video. The Disco’tutes, including James Tour, started their counter attack within days. Their most amusing counter claim was on their YouTube channel,


“Published on Mar 18, 2019, UPDATE: This lecture has obviously hit a nerve. For Prof. Tour's response to his critics, see .... Tour in his response apologizes for using the word "lying" with regard to Jack Szostak, but he goes on to explain in detail why his substantive criticisms of Szostak's article were correct."

The squealing from the creationists tell us who had a raw pinched nerve. After all, they insisted I am a mere internet troll. Any honest person must point out that the Disco’tutes did not post the apology to their YouTube video. All they did is merely link to Tour’s self justifying squirming and hedging. Also note they have not taken down the lies made by Tour - not even the ones I exposed - not even the ones he has admitted. There were 78,889 views of the creationist YouTube on 17 May, 2019. There were 117,169 views on July 7th. That is 28,280 more people that Tour and the Disco’tute have lied to since being exposed.


The Disco’tute’s website immediately went personal, insulting me and attacking me for criticizing their darling boy. According to the Disco'tutes, I am merely an "Internet atheist, troll extraordinaire, and the Internet’s main attack dog." So why are they so very freaked out by what they claimed is not a problem?

Unlike the Disco’tutes who block any criticism to their darlings, we accept the insults along with the occasionally interesting critique. The insults are far more common than interesting.  Here is a typical creationist example from Bill's YouTube page. Lame, but with a modicum of originality;

Matt Redmond (3 weeks ago)
“And... A doctorate in Social Science? Really? That sounds about as qualifying as a Master's in Lesbian Dance Theory when it comes to debating an actual scientist and practicing synthetic chemist.”

In fact, one of the fake objections by the Disco’tutes is that I do not know any chemistry and the obvious errors about chemistry made by James Tour should be ignored. Creationists, including John West (degrees in Journalism, and “Government”), have been spewing the last month or two that I was not a chemist and without proper credentials could not criticize any creationist chemist. There are two aspects to this. One is to ask, why are the gross errors of fact so easy to spot by a "mere anthropologist?" On the other hand, I really was a chemist. I was both an academic, and industrial chemist, and James Tour’s errors are definite amateur level undergraduate screw-ups.

To set the record straight; I had undergraduate General, and Organic chemistry, as well as a course or two in biochem. I had more credits in chemistry research than the regular schedule courses. The fact is I was awarded my first research fellowship in Chemistry as an undergraduate student, 1972-'73;

In fact, I had as many undergraduate units in Chemistry as Anthropology.

My graduate student research fellowship in anthropology was paired with funding from the National Science Foundation grant to the Dept. of Chemistry for graduate research. That became part of my 1976 doctoral dissertation;
1975 - 1976 Chancellor's Graduate Student Research Fellow,
1976 "Anthropological Interpretations of Ceramic Technologies: A Comparison of Two Yucatec Towns." PhD Dissertation University of California, and University Microfilms, Chicago, IL.

I was next an industrial analytical polymer chemist for National Research Materials Corp then owned by the Celanese Corp. I spent most of the working day preparing and running samples analyzed by Infra-red Spectroscopy, and High Precision Liquid Chromatography. (Back in the day, we called it “high pressure liquid chromatography). I left industry when a psychiatry research group at UC Irvine invited me to join their work. I was also given an independent research contract to analyze archaeological ceramics by Instrumental Neutron Activation Analysis at the same time. Some early publications from both jobs.

I moved on a bit as a professor of medicine eventually joining the faculty at the Medical College of Georgia. Years later, I spent decades having the great career in archaeology I really enjoyed. Even then I was doing chemistry, for example; 1991 "The Analysis of an Unusual Rock Art Pigment by Neutron Activation Analysis." George E. Miller, G. S. Hurd in Ken Hedges (ed.) Proceedings of the 15th Annual Rock Art Symposia, San Diego: Museum of Man.

**********
Just to lighten up a bit; When I was still a student at UC Irvine, a DEA agent inspected our chemistry grad student lab. Each student with lab space had a drawer, and cupboard that locked. If you had material you had to have you locked it up. If you had surplus, you were expected to share by putting material on the "open shelf."

The Drug Enforcement cop looked at our open stock. His eyes got wide open, and he said, "Do you know what you could make with this stuff?"

But the really big creationist lie is that it takes a full time chemist to see that James Tour is grossly in error at an undergraduate level of chemistry.

The Disco’tutes also claimed falsely that,

First of all, their so-called “Scientific Dissent from Darwinism” is so weak that even Darwin could have signed it. In addition, they allow almost anybody sign on to their list.  In video lecture after video lecture Tour invites a pity party because all the mean scientists he calls liars don’t like him. Here is a free clue James, nobody cares you are a closet creationist.

In response to the Disco’tute list of “scientists”  we started “Project Steve,” eventually run by the National Center for Science Education. If you follow the link, you will see that our statement is unambiguous. Next, signatories must actually be scientists with direct knowledge of evolutionary biology, and theory. And in honor of Steven J. Gould, our signatories all must be named “Steve.”

Project Steve on March 25, 2019, had 1439 signatories (8 dead) including all Nobel Prize winners named “Steve.” The Disco’tues have ~ 1,035 counting their 6 dead ones, and only 12 are Steves. Back in 2012 Dr. Steve Murphree (Belmont University) the 1184th Project Steve asked to have his name removed from the Disco’tute list when he realized it was used to hype creationist twaddle. Any time some creationist mentions the Disco’tute list, just ask, “How many are named Steve?”

I hope your medical issues have been solved, and that you're in good health again.

Thanks Susannah. The differential diagnosis was between pancreatitis, or gallstones.

I got lucky and it was gallstones.

You should ask Sir James Tour to debate you, sir. . .

We do not have minor nobility in America, there are no knighted "Sir" anybody.

James Tour has a Ph.D. and is Dr. Tour. In the same sense my 1976 Ph.D. from UC Irvine gave me the the same title. James Tour is a professor at Rice University, and so he can claim the title Prof. Tour. I was on the faculties of the University of California Irvine Medical Center, the University of Georgia, the Medical College of Georgia, and later a research fellow, and then professor again. I ended my academic career as adjunct professor "Instructor of the Year" at Saddleback College.

That is Prof. Tour's problem.

And he has perfected the "Gish gallop" which is to tell so many lies in so few minutes that a competent reply would take hours. He then shouts that he won the debate.

I deleted another anonymous creationist.

It's worth mentioning that Project Steve will also accept people named "Stephanie.😃

I greatly enjoy your insight as well as your sense of humor. I am forever in your debt for teaching me the proper name of Brandolini's Law. Thank you.